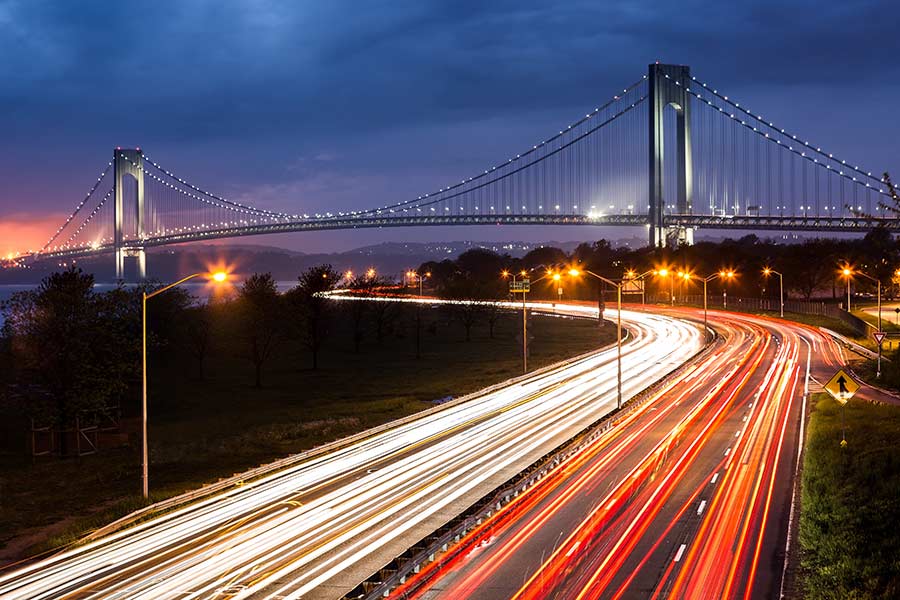 Driving on Belt Parkway Highway Can Be Dangerous

A hit-and-run crash occurs every minute on U.S. roads. Highways such as the Belt Parkway pose risks to drivers every day. Nationwide, hit-and-run crashes resulted in 2,049 deaths in 2016 – the highest number on record, and a 60 percent increase since 2009. However, a crash only constitutes a hit-and-run if the opposing driver flees the scene after the accident. A personal injury obtained from a hit-and-run accident is very common and often corresponds with financial hardship. For that reason, a specialized personal injury attorney such as Irene H. Gabo Esq. is necessary.

One hotspot for hazards on the road is the Belt Parkway highway. The Belt Parkway is one of the main highways in New York. The Belt Parkway Highway provides individuals with access to crucial locations, such as airports and hospitals, as well as Queens and Long Island. For that reason, people traveling on the Belt Parkway Highway are often in a rush, and pay little attention to the road. Drivers tend to go over the speed limit of 50 miles per hour, often resulting in hit-and-runs accident, when they cause the collision and speed off from the scene of the accident, leaving no information for the injured person.

Common Causes of a Hit-and-Run on the Belt Parkway

Certain elements increase the chances of a hit-and-run occurrence. One being the time of day at which you are driving on the highway. In single-vehicle crashes, fleeing the scene of the accident is nearly 4.4 times more likely between midnight and 4 a.m. This is in comparison to accidents that occur between 8 a.m. and 11:59 a.m. Those who flee the scene of the accident tend to choose a time of day that conceals their identity, therefore resulting in many more hit-and-runs to occur at night. This also actively demonstrates why drivers are more likely to be participating in reckless and risky behaviors, such as driving under the influence. Another factor that can increase the chances of a hit-and-run is road and weather conditions. Driving in the rain, or taking roads that are icy or damaged, can make it difficult to keep control of one’s vehicle.

Oftentimes, motorcyclists are involved in hit-and-run accidents. Studies have shown, 42% of all accidents involving a motorcyclist, are simply due to wrong turns taken by bikers. It is common to make a wrong turn on a large highway, such as the Belt Parkway, resulting in many accidents. The Belt Parkway has vehicles that move slower than motorcycles, making it difficult to evade a motorcycle, if it starts to speed up or makes a wrong turn. This is very dangerous, as individuals riding motorcycles are 5 times more likely to get injured than those in cars. A hit-and-run involving a motorcycle can be nerve racking, and often results in needing the assistance of a personal injury attorney. If you or a loved one require the assistance of a personal injury attorney at law, Irene H. Gabo Esq., can assist you with your case.

Hit-and-Run On an Exit

Hit-and-Run in the Middle of the Belt Parkway

Additionally, hit-and-runs happen in the middle of the Belt Parkway. The Belt Parkway is a widely used highway and a major hub between several boroughs, often causing drivers to go over the speed limit to reach their destination in time. This can result in a hit-and-run accident, especially if other cars are driving significantly slower. If your car has been struck by another car that drove away, you have been involved in a hit-and-run accident and if you were injured as a result, this requires help of an experienced personal injury attorney. Irene H. Gabo Esq., Attorney at Law, specializes in personal injury cases that occur on Belt Parkway, and will ensure you receive all legal assistance necessary.

There may not only be two vehicles involved in a hit-and-run. Hit-and-runs can occur with multiple vehicles, and in these types of accidents, it may be difficult to discern who is at fault, and these days police may not even show up to make the report for an accident on the Belt Parkway, causing the offending vehicle to leave the scene without providing information. For this reason, it is essential to get an attorney as soon as possible, and Irene H. Gabo Esq., is a personal injury attorney at law, who can help you.

What Should I Do If I Am Injured by a Hit-and-Run Vehicle?

If you or a loved one have been involved in a hit-and-run accident on Belt Parkway, there are vital measures to take to ensure your safety. After receiving all medical attention required, write down anything you can remember about the hit-and-run, such as the other car, the physical appearance of the driver, and the location. Take photographs or video. Use dash cams. These steps apply to any individual involved. It is also important to save and keep track of all medical bills. With this information, you should speak to a personal injury attorney for the proceeding steps. Irene H. Gabo Esq. is a personal injury attorney specializing in Belt Parkway accidents who can provide you with a free consultation to help you with your case at 800-560-0214.